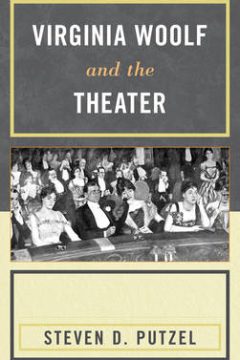 You are viewing: Virginia Woolf and the Theater

Virginia Woolf and the Theater

Although the Woolf and Bloomsbury “industry” has examined Woolf’s work from virtually every angle, there has never been any full consideration of either how she was influenced by drama and theater or how she has influenced women playwrights. Virginia Woolf and the Theater demonstrates that drama, theater and performance formed a continuous subtext in Virginia Woolf’s art and in her life, from the plays she attended as a child, to the roles she enacted as a member of the Play Reading Society, to the Bloomsbury theatrical evenings, to her own studio play Freshwater, to her many essays discussing drama and theater, to her final novel, Between the Acts, which fulfills her desire to create a work that combines verse, prose and drama. Drawing on published and unpublished diaries, letters, essays, and other documents, this book allows readers to witness Victorian, Edwardian, and mid-twentieth century British theater through Woolf’s eyes, from Christmas pantomimes, music hall skits, pageants, extravaganzas, and bowdlerized adaptations of Shakespeare that she saw as a child, through the plays of Ibsen, Chekhov and Shaw, and women’s groups such as The Pioneer Players, to the experimental plays of T.S. Eliot, Isherwood, Auden, and Arthur Schnitzler. By the 1930s Woolf formulated a theory of audience response, experimenting in her diaries, letters and even in her essays with narrative-free dialogue such as that employed on the stage. Although her attendance at the theater and her experiments with stage dialogue show up as early as Night and Day and The Voyage Out, her later novels become increasingly performative. Orlando, The Years, as well as parts of The Waves show the influence of her growing appreciation of stage dialogue and audience reception. The book concludes with an examination of many recent stage adaptations of Woolf’s work, arguing that productions relying on the conventions of Realism or Naturalism often fail to please either theater aficionados or avid readers of Woolf, while productions employing radio drama, multi-media performance art, dance, and even opera have proved to be well-suited to Woolf’s own experimental narrative techniques. While continuing to nourish the iconic “common reader” and to inspire generations of prose writers, Woolf’s work has also inspired contemporary women playwrights such as Caryl Churchill, Bryony Lavery, Pam Gems, Michelene Wandor, and Maureen Duffy. show more