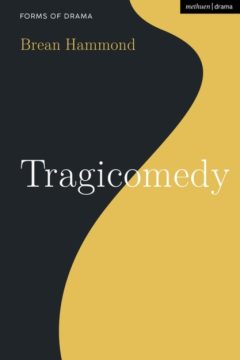 You are viewing: Tragicomedy

This succinct authoritative book offers readers an overview of the origins, characteristics, and changing status of tragicomedy from the 17th century to the present. It explores the work of some of the key English and Irish playwrights associated with the form, the influence of Italian and Spanish theorist-playwrights and the importance of translations of Pierre Corneille’s Le Cid. At the turn of the 17th century, English dramatists such as John Marston, John Fletcher, and William Shakespeare began experimenting with plays that mixed elements of tragedy and comedy, producing a blended mode that they themselves called ‘tragicomedy’. This book begins by examining the sources of their inspiration and the theatrical achievement that they hoped to gain by confronting an audience with plays that defied the plot and character expectations of ‘pure’ comedy and tragedy. It goes on to show how, reacting to French models, John Dryden, Shakespeare ‘improvers’ and other English playwrights developed the form while sowing the seeds of its own vulnerability to parody and obsolescence in the eighteenth century. Discussing nineteenth-century melodrama as in some respects a resurrection of tragicomedy, the final chapter concentrates on plays by Ibsen, Chekhov, and Beckett as examples of the form being revived to create theatrical modes that more adequately represent the perceived complexity of experience. show more