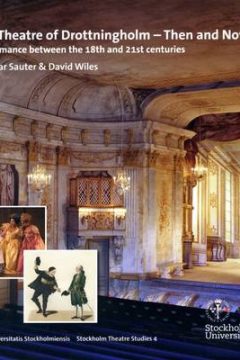 You are viewing: The Theatre of Drottningholm – Then and Now

The Theatre of Drottningholm – Then and Now

The Theatre of Drottningholm?Then and Now tells the story of the Drottningholm Court Theatre, an opera house located at Drottningholm Palace near Stockholm. The theater was rarely used after the death of King Gustav III in 1792 until it was rediscovered in 1921, which has left not only the auditorium but also the stage machinery, painted flats, and backdrops almost perfectly preserved. Starting in 1766, the year it was built, and proceeding through to today?s performances presented during annual summer festivals, Willmar Sauter and David Wiles paint a vivid portrait of the Drottningholm Court Theatre: the architecture, the many different activities which took place there during the Gustavian era, and the use made of the theatre since its rediscovery to explore the nature of Baroque performance. show more