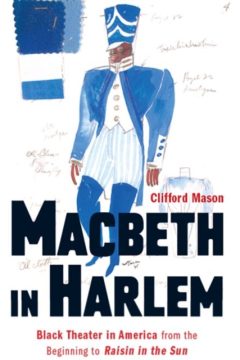 You are viewing: Macbeth in Harlem

In 1936 Orson Welles directed a celebrated all-black production of Macbeth that was hailed as a breakthrough for African Americans in the theater. For over a century, black performers had fought for the right to perform on the American stage, going all the way back to an 1820s Shakespearean troupe that performed Richard III, Othello, and Macbeth, without relying on white patronage. “Macbeth” in Harlem tells the story of these actors and their fellow black theatrical artists, from the early nineteenth century to the dawn of the civil rights era. For the first time we see how African American performers fought to carve out a space for authentic black voices onstage, at a time when blockbuster plays like Uncle Tom’s Cabin and The Octoroon trafficked in cheap stereotypes. Though the Harlem Renaissance brought an influx of talented black writers and directors to the forefront of the American stage, they still struggled to gain recognition from an indifferent critical press. Above all, “Macbeth” in Harlem is a testament to black artistry thriving in the face of adversity. It chronicles how even as the endemic racism in American society and its theatrical establishment forced black performers to abase themselves for white audiences’ amusement, African Americans overcame those obstacles to enrich the nation’s theater in countless ways. show more