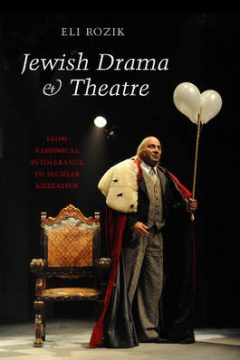 You are viewing: Jewish Drama & Theatre

Jewish drama and theatre has followed a tortuous path from extreme rabbinical intolerance to eventual secular liberalism, with its openness to the heritages of both Judaism as a culture and prominent foreign cultures, to the extent of multicultural integration. No wonder, therefore, that since biblical times until the seventeenth century there are only examples of tangential theatre practices. This initial intolerance, shared by the Church, was rooted in pagan connotations of theatre rather than in the neutral nature of the theatre medium, capable of formulating and communicating contrasting thoughts. Whereas by the tenth century the Church understood that theatre could be harnessed to its own ends, Jewish theatre was only created seven centuries later through spontaneous and amateurish theatrical practices, such as the Yiddish purim-shpil and the purim-rabbi. Due to their carnivalesque and cathartic nature these practices were tolerated by the rabbinical establishment, albeit only during the Purim holiday. But as a result, Jewish drama and theatre were created and emerged despite rabbinical antagonism. Under the influence of the Jewish Enlightenment, Yiddish-speaking theatres were increasingly established, a trend that became central in the cultural enterprise of the Jews in Israel. This process involved a renewed use of Hebrew as a spoken language, and the transition from a profound religious identity to a secular Jewish one, characterised by a basic liberalism to the extent of openness to cultures traditionally perceived as archetypal enemies of Judaism. This book sets out to analyse play-scripts and performance-texts produced in the Israeli theatre in order to illustrate these trends, and concludes that only a liberal society can bring about the full realisation of theatres potentialities.