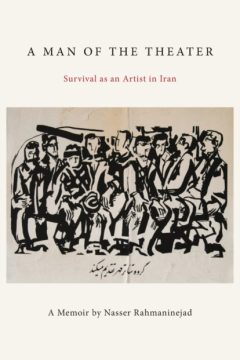 You are viewing: A Man of the Theater: Survival as an Artist in Iran

A Man of the Theater: Survival as an Artist in Iran

Life in Iran as an artist under the Shah and during the Iranian Revolution A Man of the Theater tells the personal story of a theater artist caught between the two great upheavals of Iranian history in the 20th century. One is the White Revolution of the 1960s, the incomplete and uneven modernization imposed from the top by the dictatorial regime of the Shah, coming in the wake of the overthrow of the popular Mosaddegh government with the help of the CIA. The other one is the Iranian Revolution of 1979, a great rising of Iranian society against the rule of the Shah in which Khomeini’s Islamist faction ends up taking power. Written in a simple direct style, Rahmaninejad’s memoir describes his fraught creative life in Tehran during these decades, founding a theater company and directing plays under the increasing pressure of the censorship authorities and the Shah’s secret police. After being arrested and tortured by the SAVAK and after spending years in Tehran’s infamous Evin prison and being a cause celebre of Amnesty International, Rahmaninejad is freed by the Revolution of 1979. But his new-found freedom is short-lived; the progressive intellectuals and artists find themselves overpowered and outmaneuvered by the better organized Islamists, leading to renewed terror and to exile. In Western perception, the Iranian Revolution, which this year has its 40th anniversary, often overshadows the decades of Iran’s modern history that preceded it. A Man of the Theater fills this gap. The title derives from a time of torture in prison when interrogators ordered him to write everything about his activities. To avoid revealing anything incriminating he took pen in hand and wrote and wrote about all his artistic passions, beginning, “Here it is-this is my life! I am an artist! A man of the theater!” show more