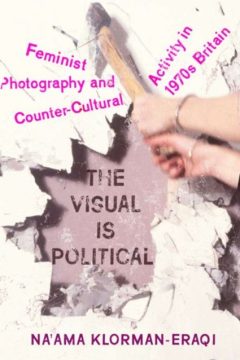 You are viewing: The Visual is Political

The Visual is Political

The Visual is Political examines the growth of feminist photography as it unfolded in Britain during the 1970s and 1980s. This period in Britain was marked by instability following the collapse of the welfare state, massive unemployment, race riots, and workers’ strikes. However, this was also a time in which various forms of social activism emerged or solidified, including the Women’s Movement, whose members increasingly turned to photography as a tool for their political activism. Rather than focusing on the aesthetic quality of the images produced, Klorman-Eraqi looks at the application of feminist theory, photojournalism, advertising, photo montage, punk subculture and aesthetics, and politicized street activity to emphasize the statement and challenge that the photographic language of these works posed. She shows both the utilitarian uses of photography in activism, but also how these same photographers went on to be accepted (or co-opted) into the mainstream art spaces little by little, sometimes with great controversy. The Visual is Political highlights the relevance and impact of an earlier contentious, creative, and politicized moment of feminism and photography as art and activism.show more