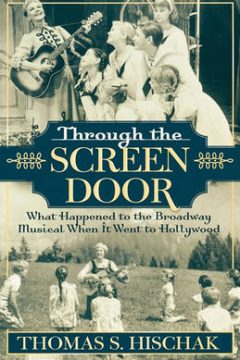 You are viewing: Through the Screen Door

Through the Screen Door

In this personal and opinionated book Tom Hischak takes a close look at what happens when a Broadway musical goes to Hollywood, and less often when Hollywood comes to Broadway. The musicals discussed range from The Desert Song (1927), the first sound film of a Broadway musical, to Chicago, the 2002 film made from the 1975 Broadway hit. Film musicals that became Broadway shows range from Lili (1953) to Never Gonna Dance (2003). The book assumes a basic familiarity with famous musicals (for example the plot of My Fair Lady is summed up in a sentence or two) but lesser known works are fully explained. One chapter looks at British musicals that were popular in New York and were later filmed with Hollywood connections. Also included is a Directory that gives credits, names, and songs for both the stage and screen version for all the musicals discussed. Appendices offer statistical data on musicals, and there is an extensive Bibliography. show more