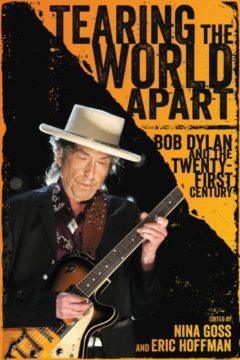 You are viewing: Tearing the World Apart

Participates in the creation of the postmillennial Bob Dylan by exploring three central records of the twenty-first century – “Love and Theft” (2001), Modern Times (2006), and Tempest (2012) – along with the 2003 film Masked and Anonymous, which Dylan helped write and in which he appears as an actor and musical performer.