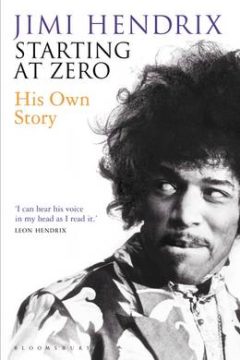 You are viewing: Starting At Zero

It didn’t take long after Jimi Hendrix’s death for the artist to become a myth of music. He has been surrounded by a shroud of intrigue since he first came into the public eye, and the mystery has only grown with time. Much has been written and said about him by experts and fans and critics, some of it true and some of it not; Starting at Zero will set the record straight. This is Hendrix in his own words. The lyricism and rhythm of Jimi Hendrix’s writing will be of no surprise to his fans. Hendrix wrote prolifically throughout his life and he left behind a trove of scribbled-on hotel stationary, napkins and cigarette cartons. Starting at Zero weaves the scraps and bits together fluidly with interviews and lyrics revealing for the first time a continuous narrative of the artist’s life, from birth through to the final four years of his life. The result is a beautifully poetic, charming and passionate memoir as smooth and memorable as Hendrix’s finest songs. The pieces of Starting at Zero came together in large part because of the inspiration of Alan Douglas. Douglas first met Jimi Hendrix backstage at Woodstock, and soon after became Hendrix’s producer and close friend. In creating the book he joined forces with Peter Neal, who edited Hendrix’s writing with the reverence and light touch it deserved.show more