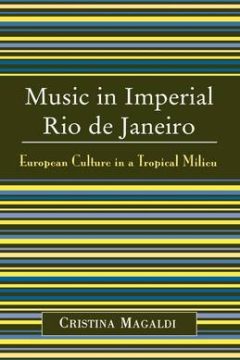 You are viewing: Music in Imperial Rio de Janeiro

This resource is an interesting look at how European culture, particularly European music, related to the social and cultural experiences of the residents of ninteenth-century Rio de Janeiro. The focus is on how Cariocas (residents of Rio de Janeiro) responded to and often imitated different musical styles imported from Europe. After introducing the local musical setting and showing how musical life in imperial Rio de Janeiro reflected Parisian models, the author discusses the importation of operatic repertory, the use of German classical music as the basis of an elite social class, the role of European music in Brazilian theater, and finally, the emergence of a “national” music. Overall, this study reveals European music as a powerful force in the internal processes of political, cultural, social, and ethnic negotiations during the 19th century government of Emperor Pedro II. Musicologists, Latin American historians, and anyone with an interest in urban studies will find much of interest in this book. show more