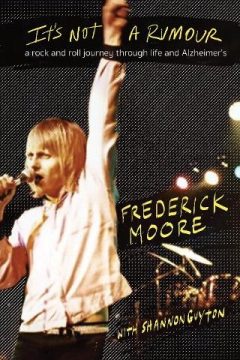 You are viewing: It’s Not a Rumour

It’s Not a Rumour

Frederick Moore rocked and rolled his way through life as “Rick,” “Skogie,” and “Freddy,” almost becoming famous. He spent his 1950s Minneapolis childhood obsessively teaching himself guitar and writing songs while dodging his mother’s metal spatula and a brother out to get him. In the 1960s his bands Skogie and the Flaming Pachucos reached local stardom. After, they put everything they had into their cars and caravanned to Los Angeles. From a garage in suburban Arleta, they evolved Skogie into a new band called The Kats. In the 1980s, The Kats sold out every major club in Los Angeles-from Madame Wong’s to the Whisky a Go Go, the Starwood to the Troubadour. The Kats were offered dozens of record contracts while headlining alongside The Police, The Knack, Flash Cadillac and the Continental Kids, and The Motels. They turned down every single one. The 1990s and early 2000s led Moore to the computer-programming world. Coding and music seemed to go hand in hand for him, and he found himself rising through the programming ranks quickly until developing early-onset Alzheimer’s. It’s Not a Rumour is an unorthodox, hysterical story of survival, and of making it big in music and life without ever making a dime. It’s also about getting diagnosed with one of the most frightening diseases known to man, treating memory loss through writing, music, diet, exercise, natural supplements, and Moore’s wife, Renee, with her tireless love and research needed to hold on to these memories as long as he could to share them with the world. show more