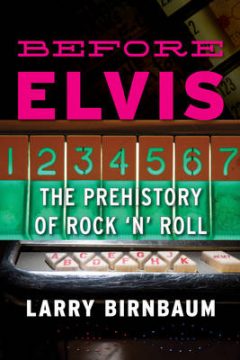 You are viewing: Before Elvis

An essential work for rock fans and scholars, Before Elvis: The Prehistory of Rock `n’ Roll surveys the origins of rock ‘n’ roll from the minstrel era to the emergence of Bill Haley and Elvis Presley. Unlike other histories of rock, Before Elvis offers a far broader and deeper analysis of the influences on rock music. Dispelling common misconceptions, it examines rock’s origins in hokum songs and big-band boogies as well as Delta blues, detailing the embrace by white artists of African-American styles long before rock ‘n’ roll appeared. This unique study ranges far and wide, highlighting not only the contributions of obscure but key precursors like Hardrock Gunter and Sam Theard but also the influence of celebrity performers like Gene Autry and Ella Fitzgerald. Too often, rock historians treat the genesis of rock ‘n’ roll as a bolt from the blue, an overnight revolution provoked by the bland pop music that immediately preceded it and created through the white appropriation of music till then played only by and for black audiences. In Before Elvis, Birnbaum daringly argues a more complicated history of rock’s evolution from a heady mix of ragtime, boogie-woogie, swing, country music, mainstream pop, and rhythm-and-blues-a melange that influenced one another along the way, from the absorption of blues and boogies into jazz and pop to the integration of country and Caribbean music into rhythm-and-blues. Written in an easy style, Before Elvis presents a bold argument about rock’s origins and required reading for fans and scholars of rock ‘n’ roll history.show more