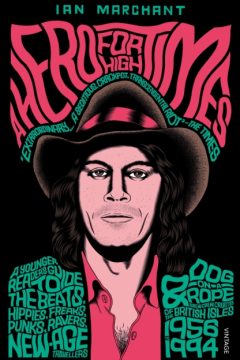 You are viewing: A Hero for High Times

A Hero for High Times

`My book of the year. Extraordinary’ The Times A new history of counterculture in the UK, from the release of Heartbreak Hotel in 1956 to the passing of the Criminal Justice Act in 1994 Deep in a wood in the Marches of Wales, in an ancient school bus there lives an old man called Bob Rowberry. A Hero for High Times is the story of how he ended up in this broken-down bus. It’s also the story of his times, and the ideas that shaped him. It’s a story of why you know your birth sign, why you have friends called Willow, why sex and drugs and rock’n’roll once mattered more than money, why dance music stopped the New-Age Travellers from travelling, and why you need to think twice before taking the brown acid. It’s also a story of friendship between two men, one who did things, and one who thought about things, between theory and practice, between a hippie and a punk, between two gentlemen, no longer in the first flush of youth, who still believe in love. `This amiable and engaging blog-doc is an Odyssey for elective outsiders’ Iain Sinclair, Guardian show more