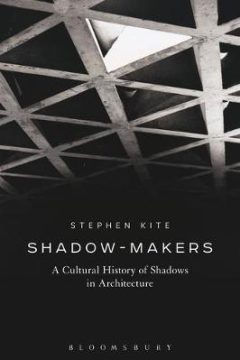 The making of shadows is an act as old as architecture itself. From the gloom of the medieval hearth through to the masterworks of modernism, shadows have been an essential yet neglected presence in architectural history. Shadow-Makers tells for the first time the history of shadows in architecture. It weaves together a rich narrative – combining close readings of significant buildings both ancient and modern with architectural theory and art history – to reveal the key places and moments where shadows shaped architecture in distinctive and dynamic ways. It shows how shadows are used as an architectural instrument of form, composition, and visual effect, while also exploring the deeper cultural context – tracing differing conceptions of their meaning and symbolism, whether as places of refuge, devotion, terror, occult practice, sublime experience or as metaphors of the unconscious. Within a chronological framework encompassing medieval, baroque, enlightenment, sublime, picturesque, and modernist movements, a wide range of topics are explored, from Hawksmoor’s London churches, Japanese temple complexes and the shade-patterns of Islamic cities, to Ruskin in Venice and Aldo Rossi and Louis Kahn in the 20th century. This beautifully-illustrated study seeks to understand the work of these shadow-makers through their drawings, their writings, and through the masterpieces they built.show more