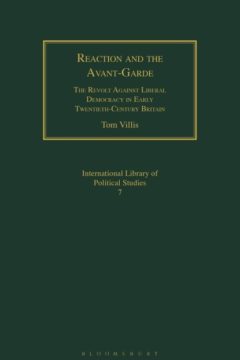 You are viewing: Reaction and the Avant-Garde

Reaction and the Avant-Garde

“Reaction and the Avant-Garde” illuminates a vital facet of right-wing thought in the first decades of the century, which had a powerful hold on Europe’s intellectual elite. Prominent literary figures, such as Ezra Pound, Hilaire Belloc and the Chestertons, led a revolt against liberal parliamentary democracy in Britain. This group despised parliaments as representing and embodying a ‘nation’. Villis examines the literary works, private papers, correspondence and memoirs of the leaders of this anti-Semitic, anti-modern, anti-women’s rights movement that formed the intellectual underpinning of European fascism. show more