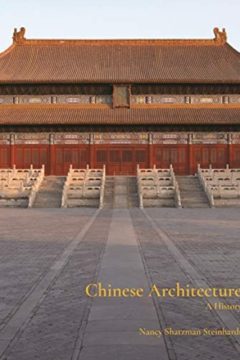 You are viewing: Chinese Architecture

An unprecedented survey of the origins and evolution of Chinese architecture, from the last millennia BCE to today Throughout history, China has maintained one of the world’s richest built civilizations. The nation’s architectural achievements range from its earliest walled cities and the First Emperor’s vision of city and empire, to bridges, pagodas, and the twentieth-century constructions of the Socialist state. In this beautifully illustrated book, Nancy Shatzman Steinhardt presents the first fully comprehensive survey of Chinese architecture in any language. With rich political and historical context, Steinhardt covers forty centuries of architecture, from the genesis of Chinese building through to the twenty-first century and the challenges of urban expansion and globalism. Steinhardt follows the extraordinary breadth of China’s architectural legacy-including excavation sites, gardens, guild halls, and relief sculpture-and considers the influence of Chinese architecture on Japan, Korea, Mongolia, and Tibet. Architectural examples from Chinese ethnic populations and various religions are examined, such as monasteries, mosques, observatories, and tombs. Steinhardt also shows that Chinese architecture is united by a standardized system of construction, applicable whether buildings are temples, imperial palaces, or shrines. Every architectural type is based on the models that came before it, and principles established centuries earlier dictate building practices. China’s unique system has allowed its built environment to stand as a profound symbol of Chinese culture. With unprecedented breadth united by a continuous chronological narrative, Chinese Architecture offers the best scholarship available on this remarkable subject for scholars, students, and general readers.show more