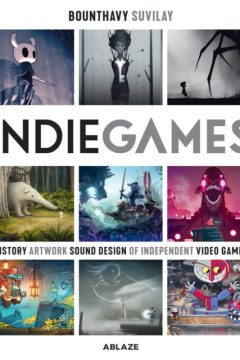 You are viewing: Indie Games: The Origins of Minecraft, Journey, Limbo, Dead Cells, The Banner Saga and Firewatch

Video games have grown exponentially in recent years and have captured the hearts of millions thanks to the success of titles such as Minecraft, Journey, Limbo, Dead Cells, The Banner Saga or Firewatch. To compete with the blockbusters, the independents have had to be massively creative and come up with innovative gameplay, top-notch writing, original graphic universes, and sumptuous soundtracks. INDIE GAMES pays homage to some of the greatest success stories in the world of independent video games. Superbly illustrated, INDIE GAMES contains more than three hundred images from titles that revolutionized the gaming industry. Full of anecdotes and interviews with personalities like industry veteran Eric Chahi and young designers like Ian Dallas. You will see behind the scenes at Indie studios, revealing the creators, designs and marketing. This exploration will give you a better understanding on what is an “Indie” game. Official and authorized, with the participation of studios around the world, including over 50 interviews highlighting over 70 games, INDIE GAMES is the most complete and up-to-date overview of indie video gaming. With exclusive behind the scenes content provided by the studios, it serves as a fitting tribute to the audacity of these developers, who have elevated video games into an art. show more