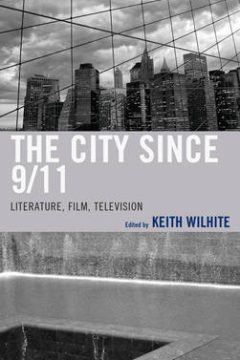 Charting the intersection of aesthetic representation and the material conditions of urban space, The City Since 9/11 posits that the contemporary metropolis provides a significant context for reassessing theoretical concerns related to narrative, identity, home, and personal precarity. In the years since the September 11 attacks, writers and filmmakers have explored urban spaces as contested sites-shaped by the prevailing discourses of neoliberalism, homeland security, and the war on terror, but also haunted by an absence in the landscape that registers loss and prefigures future menace. In works of literature, film, and television, the city emerges as a paradoxical space of permanence and vulnerability and a convergence point for anxieties about globalization, structural inequality, and apocalyptic violence. Building on previous scholarship addressing trauma and the spectacle of terror, the contributors also draw upon works of philosophy, urban studies, and postmodern geography to theorize how literary and visual representations expose the persistent conflicts that arise as cities rebuild in the shadow of past ruins. Their essays advance new lines of argument that clarify art’s role in contemporary debates about spatial practices, gentrification, cosmopolitanism, memory and history, nostalgia, the uncanny and the abject, postmodern virtuality, the politics of realism, and the economic and social life of cities. The book offers fresh readings of familiar post-9/11 novels, such as Jonathan Safran Foer’s Extremely Loud & Incredibly Close, but it also considers works by Teju Cole, Joseph O’Neill, Silver Krieger, Colum McCann, Ronald Sukenick, Jonathan Lethem, Thomas Pynchon, Colson Whitehead, Paul Auster, William Gibson, Amitav Ghosh, and Katherine Boo. In addition, The City Since 9/11 includes essays on the films Children of Men, Hugo, and the adaptation of Extremely Loud & Incredibly Close, chapters on the television series The Bridge, The Killing, and The Wire, and an analysis of Michael Arad’s Reflecting Absence and the 9/11 Memorial. show more