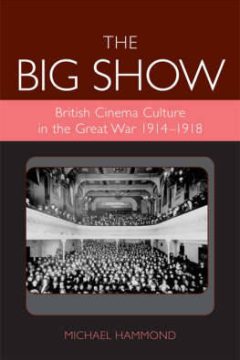 You are viewing: The Big Show

The Big Show looks at the role played by cinema in British cultural life during World War One. Hammond shows how the British film industry and British audiences responded to the traumatic effects of the War, and contends that the War’s significant effect was to expedite the cultural acceptance of cinema into the fabric of British social life.