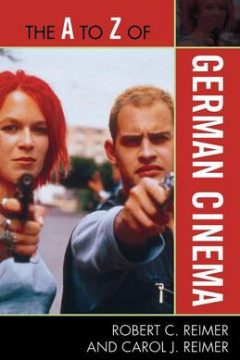 You are viewing: The A to Z of German Cinema

The A to Z of German Cinema

German film is diverse and multi-faceted; its history includes five distinct German governments (Wilhelmine Germany, the Weimar Republic, the Third Reich, the Federal Republic of Germany, and the German Democratic Republic), two national industries (Germany and Austria), and a myriad of styles and production methods. Paradoxically, the political disruptions that have produced these distinct film eras, as well as the natural inclination of artists to rebel and create new styles, allow for the construction of a narrative of German film. While the disjuncture generates distinct points of separation, it also highlights continuities between the ruptures. Outlining the richness of German film, The A to Z of German Cinema covers mainstream, alternative, and experimental film from 1895 to the present through a chronology, introductory essay, appendix of the 100 most significant German films, a bibliography, and hundreds of cross-referenced dictionary entries on directors, actors, films, cinematographers, composers, producers, and major historical events that greatly affected the direction and development of German cinema. The book’s broad canvas will lead students and scholars of cinema to appreciate the complex nature of German film. show more