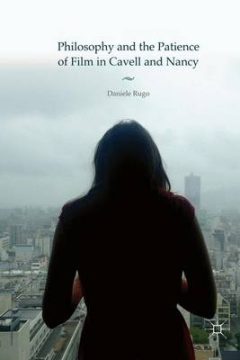 You are viewing: Philosophy and the Patience of Film in Cavell and Nancy

Philosophy and the Patience of Film in Cavell and Nancy

Philosophy and the Patience of Film presents a comparative study of the work of Jean-Luc Nancy and Stanley Cavell. It discusses the effect of their philosophical engagement with film, and proposes that the interaction between philosophy and film produces a power of patience capable of turning our negation of the world into a relation with it. Through detailed readings of cinematic works ranging from Hollywood classics to contemporary Iranian cinema, this book describes the interaction between film and philosophy as a productive friction from which the concept of patience emerges as a demand for thinking. Daniele Rugo explains how Nancy and Cavell’s relationship with film demands the surrendering of philosophical mastery, and that it is precisely this act in view of the world that brings Cavell and Nancy to the study of film. While clarifying the nature of their engagement with film this book suggests that film does not represent the world, but ‘realizes’ it. This realization provides a scene of instruction for philosophy. show more