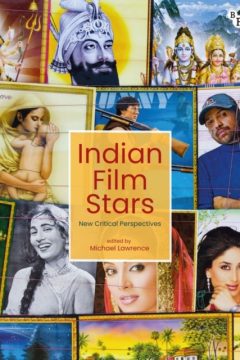 You are viewing: Indian Film Stars

Indian Film Stars offers original insights and important reappraisals of film stardom in India from the early talkie era of the 1930s to the contemporary period of global blockbusters. The collection represents a substantial intervention to our understanding of the development of film star cultures in India during the 20th and 21st centuries. The contributors seek to inspire and inform further inquiries into the histories of film stardom-the industrial construction and promotion of star personalities, the actual labouring and imagined lifestyles of professional stars, the stars’ relationship to specific aesthetic cinematic conventions (such as frontality and song-dance) and production technologies (such as the play-back system and post-synchronization), and audiences’ investment in and devotion to specific star bodies-across the country’s multiple centres of film production and across the overlapping (and increasingly international) zones of the films’ distribution and reception. The star images, star bodies and star careers discussed are examined in relation to a wide range of issues, including the negotiation and contestation of tradition and modernity, the embodiment and articulation of both Indian and non-Indian values and vogues; the representation of gender and sexuality, of race and ethnicity, and of cosmopolitan mobility and transnational migration; innovations and conventions in performance style; the construction and transformation of public persona; the star’s association with film studios and the mainstream media; the star’s relationship with historical, political and cultural change and memory; and the star’s meaning and value for specific (including marginalised) sectors of the audience. show more