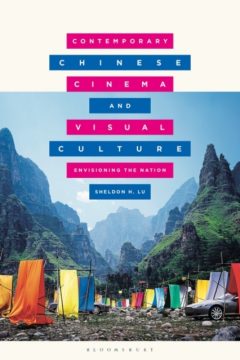 You are viewing: Contemporary Chinese Cinema and Visual Culture

Sheldon Lu’s wide-ranging new book investigates how filmmakers and visual artists from mainland China, Hong Kong and Taiwan have envisioned China as it transitions from a socialist to a globalized capitalist state. It examines how the modern nation has been refashioned and re-imagined in order to keep pace with globalization and transnationalism. At the heart of Lu’s analysis is a double movement in the relationship between nation and transnationalism in the Chinese post-socialist state. He considers the complexity of how the Chinese economy is integrated in the global capitalist system while also remaining a repressive body politic with mechanisms of control and surveillance. He explores the interrelations of the local, the national, the subnational, and the global as China repositions itself in the world. Lu considers examples from feature and documentary film, mainstream and marginal cinema, and a variety of visual arts: photography, painting, digital video, architecture, and installation. His close case studies include representations of class, masculinity and sexuality in contemporary Taiwanese and Chinese cinema; the figure of the sex worker as a symbol of modernity and mobility; and artists’ representations of Beijing at the time of the 2008 Olympics. show more