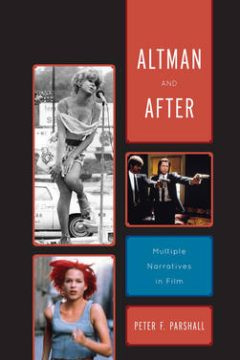 You are viewing: Altman and After

In American cinema, films with multiple plots can be traced back to Grand Hotel in 1932, but the form was used only sporadically in subsequent decades. However, filmmakers of the 1970s and 80s, notably Robert Altman and Woody Allen, repeatedly employed complex narratives to weave sprawling stories in their films. Later filmmakers such as Quentin Tarantino, Paul Thomas Anderson, Wong Kar-Wai, Steven Soderbergh, and Paul Haggis embraced multiple plotlines, a device that eventually achieved mainstream respectability in such Oscar winners as Traffic and Crash. In the past two decades, more than 200 films utilizing some variation of this format have appeared worldwide. In Altman and After: Multiple Narratives in Film, Peter Parshall carefully examines films that feature various plotlines. Parshall asserts that although this form may lose some of the close psychological identification and forward drive of linear narratives, such films gain a corresponding strength by developing thematic relationships in the various story lines. In each of these chapters, Parshall examines a different example of the multi-plot form, such as network narrative and the multiple-draft narrative, demonstrating that the structure of each is central to their artistry. He also argues that these devices open up a variety of creative vistas, a strength that appeals to directors and audiences alike. Films studied in this book include Nashville, Pulp Fiction, Amores Perros, Code Unknown, The Edge of Heaven, Virgin Stripped Bare by Her Bachelors, The Double Life of Veronique, and Run Lola Run. A long overdue examination of this unique cinematic form, Altman and After will appeal to scholars, students, and fans eager to learn more about complex-narrative films. show more