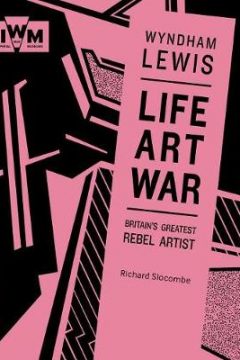 You are viewing: Wyndham Lewis

Until his death in 1957, Wyndham Lewis was a radical force in British art and literature; a modernist ‘Man of 1914’ and the founder of Britain’s only true avant-garde movement, Vorticism. As a master of art and letters he won the plaudits of T S Eliot and Augustus John in his lifetime and inspired a miscellany of fi gures in art, literature and music, from the sculptor Henry Moore to the blues rock experimentalist Captain Beefheart, and pop music pioneer David Bowie. Yet in spite of this impressive cultural pedigree Lewis’s reputation has been blighted by his shortlived, ill-judged praise of Hitler in the 1930s. Cast into the cultural wilderness for the second half of the 20th century, Lewis has belatedly undergone a revivalof interest.This book takes a look at this intriguing artist and accompanies the first major exhibition of his work in over 40 years at IWMNorth in Manchester. show more