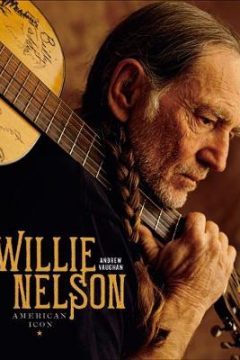 You are viewing: Willie Nelson

Willie Nelson – award-winning country-music superstar, author, poet, actor and activist – is widely recognized as an American icon. This is the first full-colour book to comprehensively celebrate his life and music. His discography includes 68 studio albums, 10 live albums, 37 compilations, the soundtracks of The Electric Horseman and Honeysuckle Rose, as well as 27 collaborations. His albums have been successful in many countries, especially Ireland, Germany, New Zealand and Australia. Nelson has sold more than 40 million albums in the U.S. alone. His newest album, For theGood Times: A Tribute to Ray Price, was released in September 2016, debuted at No. 5 on the Billboard country chart. show more