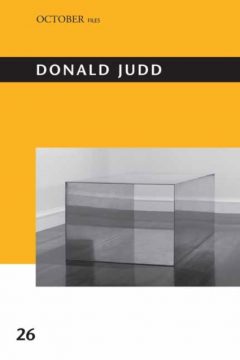 You are viewing: Donald Judd

Artists, architects, art historians, critics, and curators explore the work of Donald Judd as both artist and critic in essays spanning all of Judd’s career. Donald Judd (1928-1994) is one of the most influential American artists of the postwar era. Beginning in the 1960s, he developed new ideas about art–in both his works and writings–that challenged many of modernism’s core tenets by resisting the categories of painting and sculpture. Judd described this work as specific objects. Critics labeled it minimalism. Perhaps because Judd’s own critical writings provide a discursive framework for his work, some of the monographic essays on his work are not widely known. This volume collects critical and scholarly writings on Judd, examining his work as both artist and critic. show more