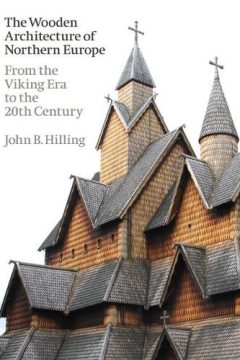 You are viewing: The Wooden Architecture of Northern Europe

The Wooden Architecture of Northern Europe

This book explores the wealth of wooden architecture that is to be found in Northern Europe, in particular, the Fennoscandian Peninsula. This distinct region, which includes Norway, Sweden, Finland and the Russian Republic of Karelia, was dominated by coniferous forest and remained until well into the 20th century a largely rural society. Wood was seen as a living material – one that was permeated with myth and folklore – while the forest itself formed the background to everyday life. Indeed, no single source of material wealth has contributed more to the economy, art and culture of Fennoscandia than the forests. Nowhere is this contribution clearer than in the region’s historic buildings, the vast majority of which were constructed in wood up until the late 19th century. This is the first book to examine and record the distinctive wooden architecture of this region from the early medieval period to the early 20th century. Structured according to different wood types, it concentrates on domestic and religious buildings, as these formed the great bulk of historic architecture in the peninsula over many centuries. It begins by setting out the geographical, social and historic background, before discussing the way in which two different timber-building traditions emerged in the region. It then provides a detailed examination of different types of dwellings (rural and urban) and storage lofts, followed by a section on Catholic, Protestant and Orthodox churches, along with their free-standing bell-towers. The book concludes with a chapter outlining the development of wooden domestic and religious buildings during the closing decades of the 19th century and the early years of the 20th century. show more