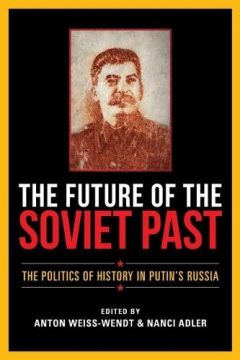 You are viewing: The Future of the Soviet Past

The Future of the Soviet Past

In post-Soviet Russia, there is a persistent trend to repress, control, or even co-opt national history. By reshaping memory to suit a politically convenient narrative, Russia has fashioned a good future out of a “bad past.” While Putin’s regime has acquired nearly complete control over interpretations of the past, The Future of the Soviet Past reveals that Russia’s inability to fully rewrite its Soviet history plays an essential part in its current political agenda. Diverse contributors consider the many ways in which public narrative shapes Russian culture-from cinema, television, and music to museums, legislature, and education-as well as how patriotism reflected in these forms of culture implies a casual acceptance of the valorization of Stalin and his role in World War II. The Future of the Soviet Past provides effective and nuanced examples of how Russia has reimagined its Soviet history as well as how that past still influences Russia’s policymaking. show more