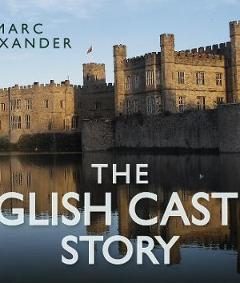 You are viewing: The English Castles Story

It was not until after the Norman Conquest that British castles, as we think of them today, came into being. Before this point, the only fortifications in England were Iron Age hill forts surrounded by deep trenches and timber palisades. More so than anything else, the English castle symbolises the long and tumultuous struggle for dominance and control in a realm where the threat of invasion or attack was never far away. From Corfe Castle, where Lady Mary Bankes defended her home against besieging Parliamentarians, to the Tower of London, where Sir Walter Raleigh conducted chemical experiments whilst in prison, to the photogenic castle at Alnwick, which provided the setting for the wizards’ school in the Harry Potter films, these great strongholds powerfully evoke the rich and varied history of the English nation. In this beautifully illustrated book full of little-known facts, Marc Alexander reveals the turbulent story of English castles such as Windsor and Warwick, featuring colourful photographs and fascinating anecdotes.show more