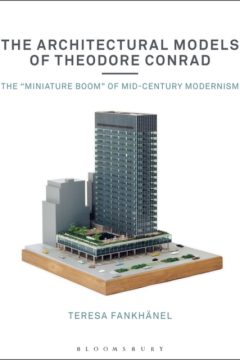 You are viewing: The Architectural Models of Theodore Conrad

The Architectural Models of Theodore Conrad

Based on the recent discovery of his fully-preserved private archive-models, photos, letters, business files, and drawings-this book tells the story of Theodore Conrad (1910-1994), the most prominent and prolific architectural model-maker of the 20th century. Conrad’s innovative models were instrumental in the design and realization of many icons of American Modernism-from the Rockefeller Center to Lever House and the Seagram Building. He revolutionized the production of architectural models and became a model-making entrepreneur in his own right. Yet, despite his success and the well-known buildings he helped to create, until now little has been known about Conrad’s work and his impact on 20th century architectural history. With exclusive access to Conrad’s archive, as well as that of model photographer Louis Checkman-both of which have lain undiscovered in private storage for decades-this book examines Conrad’s work and legacy, accompanied by case studies of his major commissions and full-color photographs of his works. Set against the backdrop of the surge in model-making in the 1950s and 1960s-which Jane Jacobs called “The Miniature Boom”-it explores how Conrad’s models prompt broader scholarly questions about the nature of authorship in architecture, the importance of craftsmanship, and about the translation of architectural ideas between different media. The book ultimately presents an alternative history of American modern architecture, highlighting the often-overlooked influence of architectural models and their makers. show more