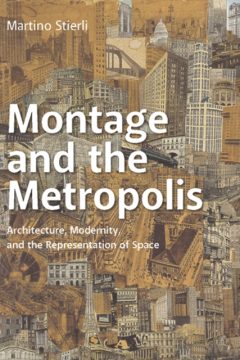 You are viewing: Montage and the Metropolis

Montage and the Metropolis

Montage has been hailed as one of the key structural principles of modernity, yet its importance to the history of modern thought about cities and their architecture has never been adequately explored. In this groundbreaking new work, Martino Stierli charts the history of montage in late 19th-century urban and architectural contexts, its application by the early 20th-century avant-gardes, and its eventual appropriation in the postmodern period. With chapters focusing on photomontage, the film theories of Sergei Eisenstein, Mies van der Rohe’s spatial experiments, and Rem Koolhaas’s use of literary montage in his seminal manifesto Delirious New York (1978), Stierli demonstrates the centrality of montage in modern explorations of space, and in conceiving and representing the contemporary city. Beautifully illustrated, this interdisciplinary book looks at architecture, photography, film, literature, and visual culture, featuring works by artists and architects including Mies, Koolhaas, Paul Citroen, George Grosz, Hannah Hoech, El Lissitzky, and Le Corbusier.show more