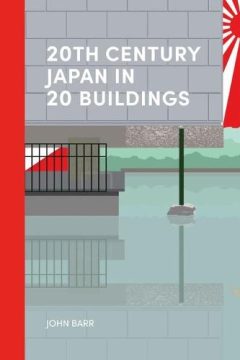 You are viewing: 20th Century Japan in 20 Buildings

There is a long history in the West of viewing Japan through the twin lenses of orientalism and exoticism. Following the Meiji Restoration of 1868 and the re-opening of Japan after a long period of self-imposed isolation there has been a succession of commentators who have sought to present Japan as somehow ‘other’ and not susceptible to ready understanding. Too often the study of Japanese architecture has followed this pattern or has been presented as a series of visual images that are explained as if they emerged from some unique alchemy of sensitivity and mysticism. This book argues that Japanese modern architecture emerged from identifiable events: political, social, economic, historical events, and is as susceptible as any other architecture to analysis and criticism in these terms. Episodic rather than encyclopaedic, it does not describe every twist and turn in the development of modern Japanese architecture, but rather, it examines twenty buildings spanning the 20th century and places them in the context of the political, social and economic, as well as the historical and cultural factors that shaped both them and modern Japan. Each building has been chosen because it reflects a major event in the development of modern Japan and its architecture. In this way, the author provides a more rounded understanding of the development of modern architecture in Japan and the circumstances from which it emerged and offers lessons that are still of relevance. As it entered the modern era, Japan was faced with the necessity of accepting an influx of Western technology in order to catch up. With imported technology came new and different ideas and values. Could the Japanese adopt the technology imported from the West while retaining their own culture and values? How could they identify those values and should they try to retain them or embrace new and different values? In the early 21st century, where we have seen the growth of the Internet and globalisation alongside an increase in nationalism around the world, these should be familiar questions. In a sense we are all Japanese now. show more